On the 9th July 1941, British cryptologists cracked the secret code being used by German forces on the Eastern Front.  Although messages sent via the famous Enigma machine had been broken previously, this was the first time seemingly unbreakable coded correspondence regarding the fierce ground to air attacks on the Eastern front had been interpreted.

To discover more key moments of The Second World War contact Mrs History.  We can deliver sessions on the war itself or work with you to find out about the impact of the war on your local area as part of a local history topic. 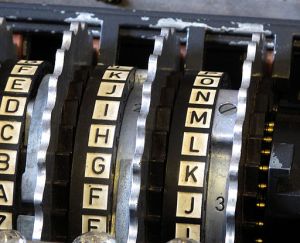